While walking around Pet Society you may find Hideeni (also called The Great Hideeni and Hide and Seek Hideeni), a mysterious solid black animal in costume who claims to be an expert at Hide and Seek. He can be found in your house, in friends' houses, in the neighborhood or in shops. When you click on him, you have "found" him. Hideeni was introduced to Pet Society in October 2009. If you or your neighbors have a Hideeni Magnet,he'll always be around in the room it's in. The Hideeni Magnet is described as a black cat with blue eyes sitting a pink bow at the back of it's neck. There are hearts floating over it's head.

You can collect gifts from Hideeni from your Facebook news feed. These gifts cannot be gifted by standard gifting (sending it to a friend through your chest), but they can be recycled and sold. These items are best kept as either decoration or as a collection.

Hideeni is found all over the game! You can find him in the following places:

After being found, Hideeni asks if you would like to give a gift to your friends. If you accept, Pet Society will post on your wall in Facebook. The posting of the gift is displayed in your news feed where your friends can see it and click the link to claim the gift. Be quick to find the post, as the gifts are exclusive to the first 3-5 people who click on the feed.

Note that even though you found Hideeni, you cannot get the special gift yourself -- you can only receive gifts from other friends' news feeds. Be generous and click post!

Sometimes you will have difficulty getting that last item in the collection Hideeni is giving out, or you just don't have enough friends posting gift links. For cases like this, you can buy the CC Hideeni Cake Bribe, a cake that you can feed to Hideeni. After eating the cake, Hideeni will directly give you one of his items as a gift.

If you love Hideeni's outfits, you can buy copies of each of his past costumes by buying Hideeni's Costume Mystery Boxes in the Mystery Shop. 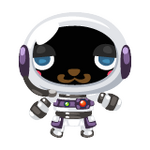 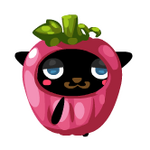 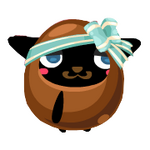 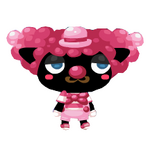 Hideeni has a number of unique characteristics that separate him from the other neighborhood characters.

Community content is available under CC-BY-SA unless otherwise noted.
Advertisement